Originally from Washington State, Chef Nick Badovinus came to Dallas in 1996 for a six week internship with legendary chef Dean Fearing which ultimately morphed into a long-term position, launching his career here in Dallas. With his recent big win at Robb Report’s third annual “Culinary Masters” competition, we were interested to know what makes our Dallas Chef Badovinus tick. But first a little background on the competition itself. Five world-renowned chefs were asked to nominate a next-generation protégé to compete for the New Culinary Master of 2015 title. The chefs tasked with nominations included David Bouley, Pierre Gagnaire, Nancy Oakes, Wolfgang Puck, and Dean Fearing who nominated Nick. The other competitors, including Jean-Marc Boyer, Nicolas Delaroque, Josef Centeno, and Yoshiaki Takazawa, represented a range of culinary styles from classical and southern French as well as a Japanese infused aesthetic. The chefs were asked to prepare a five-course menu representative of their signature culinary aesthetic, creativity, and technical proficiency.

To create his menu, Nick employed big flavors that packed a punch. Big flavors are always in season, according to Nick. His menu included the following dishes: his take on Dean Fearing’s famous tortilla soup, chicken fried quail leg salad, a riff on shrimp and grits using scallops, Rosewood Wagyu tenderloin, and a butterscotch pot-de-crème. ……is your mouth watering yet or what! Check out RobbReport.com/CulinaryMasters for each chef’s full competition menu and recipes—as well as additional photos and videos.

So, who is Chef Nick Badovinus?

Favorite things about being a chef

Opportunity to share food and experiences with people; from sharing culinary creations with customers to sharing a great shift with the team and working towards a common goal. Food gives you an opportunity to live in the non-virtual world. There’s something fundamentally human about coming together around a shared-food experience. …opportunity to do your own thing, the freedom and independence along with responsibility.

Acknowledging that there will always be room and appreciation for the “high wire acts”, he aims to create sincere food that is real and straight forward, fun and relatable.

Although he is very passionate about his cooking, he is also very business minded, which has served him well in establishing and expanding his restaurant portfolio- Neighborhood Services, Offsite Kitchen, and his next big project-Town Hearth (expected to open Fall 2015). A second Offsite Kitchen in the Trinity Groves area will also be launched soon. Proud that all of his restaurants are self-financing, Chef relates that ensuring that everyone has a great time is key to success.

The regional cooking style is something that makes Dallas’s culinary scene so unique, as well as care for the customer. He notes that Dallas is one of the most hospitable cities in the country when it comes to the Food and Beverage industry. From a business stand-point, the city’s strong economy enables a marketplace that can afford and has a desire for fantastic food. Dallas is a city that rewards entrepreneurship and is a great place to build your career. In his opinion, there’s not a better place to be an independent restauranteur.

Described as a culmination of his entire cooking career, starting in his teens. Now open in the Design District. We ate there recently and were impressed to say the least! Go, NOW!

Town Hearth is a culmination of his life: his passion for cooking, his Washington roots, and his time in Texas cultivating his craft. He describes the restaurant’s offerings as primal, rustic, premium, and simple. The menu will be source sensitive without being overly-so. The restaurant itself is approximately 6,000 square feet and will feature two big grills, one for proteins with hooves and one for fin fish and the likes. There will also be a wood burning oven in the middle with two openings on either side. Brandon Kelly, currently the wine director of Neighborhood Services, is curating an awesome wine list for Town Hearth, one which Nick considers will be the most thoughtful selection in town. The menu will feature a variety of seafood reflective of his childhood in Washington, like salmon and Dungeness crab. The dishes are reflective of his past. The menu is truly a celebration of a lifetime of cooking, things that he finds valuable and important to share with his customers.

Finally, when asked about his relationship over the years with Dean Fearing, Nick considers him not only to be a very important professional mentor, but also a close friend.

Congratulations Chef Nick Badovinus and we look forward to the dining adventures you have in store for all of us! 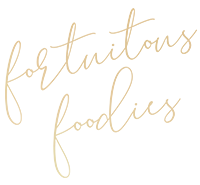 Thank You For Subscribing!

By submitting your email address, you agree to receive marketing content from Fortuitous Foodies.